We recently upgraded our internal IM (Instant Messaging) Server from the outdated ICQ Groupware to a modern Jabber server called Openfire.  Instant messenging is the ability to send short “chat” messages “instantly” to the computer of another person. The message recpient is given a visual indicator that message has arrived which is most cases is combined with a sound alert of some sort.

Unlike email, chat happens in real time and is typically short messages that need to be delivered and viewed immediately. It is a medium for quick communication that often begs a near-immediate response.

Typical examples of instant messaging that you may have used or heard of are Microsoft Live Messenger, Yahoo Messenger, AIM and ICQ. In fact even applications like Facebook and Skype include an instant messaging ability so users can chat with their friends via text messages.

Its not unusual to see agents using public instant messaging services or email for this sort of solution, neither of which is ideal.  Using a public instant messaging service for an internal business communication has two main problems. Besides the inherent security risk of exposing your business conversations to the Internet you also enable your staff to chat with their friends on the Internet which can result in lost productivity.

Most instant messaging clients also have the ability to conduct file transfers between users and giving all your staff the ability to transfer files out of your office cannot be very wise in any body’s book. Also public instant messaging is not really designed to send messages to multiple users inside the same network and many clients will have problems especially transferring files to each other.

Instant messaging only really started to get going in the late 90’s but the take-up since then has been phenomenal. The two leaders of traditional IM clients that you might have come across are Windows Live Messenger and Yahoo Messenger which have 300 million and 248 million users respectively.  Then you have the Chinese Tencent QQ which has over 350 million users and can have up to 50 million users online at anyone time during the day chatting with each other. Instant messaging has just about been as popular as the Internet itself.

We installed an internal instant messaging solution in our office around 2000. We use Instant Messaging for virtually all communications between staff but one of the primary uses is for phone messages. In fact in our office we have not had a telephone message pads and scraps of paper dropped on desks for nearly a decade.

The market leader at that time was ICQ (currently only 15 million active users) and they released a free ICQ groupware edition allowing companies with up to 200 employees to operate their own internal IM solution. The major downside to using the program is that ICQ provided no support or updates for the software.

When we upgraded our office servers recently we found that ICQ Groupware would no longer run on modern operating systems so we were forced to upgrade our IM solution.

Next in the firing line was the Jabber Protocol. As its an open source  communications protocol rather than a proprietary program anybody is able to build their own software using the protocol and they are all able to talk to each other, at least in theory. The most recognised Jabber solution that most people would have come across is Google Talk but there is a stack of other Jabber software including paid and free versions. Jabber is extremely popular in corporations and has an estimated 90 million plus users.

After some research and reading online reviews I settled on using a Jabber server called Openfire. Its free to use and has some fantastic features. Its scalable to 200,000 users or it can just as happily run in a small office. It will run on any windows XP or later machine and there is even versions for other operating systems.  You can run multiple servers and have them talk to each other and all communications between client and server, and server to server can be secured. This means if you have a few offices each can run their own server with each office connecting to the other allowing your staff to securely and privatley chat with other staff members.

Openfire has a great online community providing support for technical issues as well as the option for paid support should it be required, but for a simple installation that would be unlikely. The server also has the ability to connect with other public im networks including google talk, AIM and others.

Openfire comes with a matching client called Spark which would suit most typical real estate applications but because it uses the open source Jabber protocol you can use a range of different clients. We chose to use the Miranda client which besides being far more advanced and flexible allowed us to import the history from their old ICQ clients so each users retained their history which includes up to 9 years worth of messages.

I would highly recommend anybody looking to improve their inter office communications to install their own IM server and Openfire is a perfect choice.  With a bit of technical experience you can install the server component in under 10 minutes.  Then its just a matter of installing the IM client on each of your computers. If you are unsure of anything get your it people to get invovled. 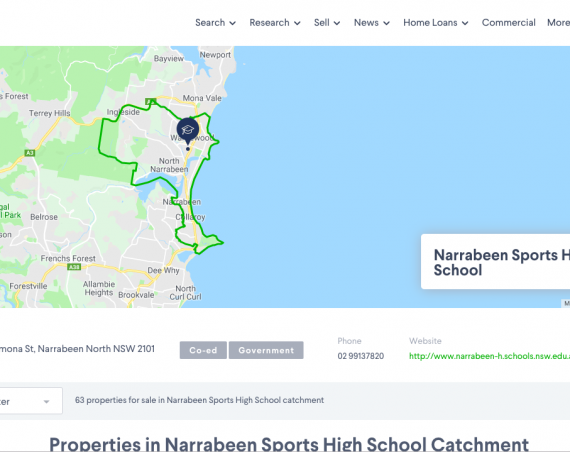