WeWork, the coworking company, has experienced the downfall after they declared their intent to go public through a much-touted IPO offer in August 2019. Here, we look at some of the facts that contributed to WeWork’s downturn and explore these facts to better understand the company’s fall from grace.
4 minute read

These peer-to-peer business models were ingenious and streamlined, and simple to apply, but worth more than gold.

WeWork was no exception. The company offered ready co-working spaces in key locations around the world for start-ups, corporates, small businesses, and individuals too; who, for a million reasons, would instead not invest in the time, money, and energy it takes to set up office space.

WeWork presented itself as a fin-tech business solution to businesses and individuals seeking to reduce their rental costs by offering renovated private offices and working spaces at a moment’s notice – no long leases, no lawyers, no protracted negotiations. They also relieved landlords of their empty properties, generating much-needed revenue for them, which proved great for them after the 2008 worldwide recession.

The company launched in New York in 2010 and experienced exponential growth over nine years. It gave its close competitor Regus, now IWG PLC, quite a run for its money, and for a while there, this company could do no wrong. By 2015, WeWork’s value was estimated at US$10 billion, and by 2017 had doubled its value.

The story turned in August 2019. The downfall began with WeWork declaring its intent to go public through a much-touted IPO offer, which peeled back the layers of the company metrics and financials. This step attracted the extensive scrutiny of industry financial analysts, who looked into its leadership decisions and financial reporting, opening up Pandora’s Box.

Understanding the company’s profitability model and the profile of its leadership was mired in uncertainty. Here, we look at some of the facts that contributed to WeWork’s downturn and explore these facts to better understand the company’s fall from grace.

Since its inception, WeWork advertised itself mainly as a fin-tech company. And with that, they wanted Fin-Tech level valuations.

Read about WeWork or watch any of their early adverts, and you’ll find that the focus is on the company being a financial solution to start-ups and established businesses, a factor that attracted their primary investor Benchmark.

Unlike their rival Regus, which focused solely on renting office space, WeWork pushed forward the cost-saving aspect that defined them and emphasized their ability to revolutionize the workplace and to help streamline rental costs for start-ups, corporates, individuals, and businesses.

However, the reality that was often ignored is that Regus and WeWork had the same operational mechanism, and WeWork was really just a real estate firm.

Like Regus, WeWork rented office space, and also, applied the sharing economy approach similar to that of Regus and a host of other emerging companies. The aspect of WeWork being a fin-tech company, was misguided and only used as a glitzy carrot, dangled to woo investors in a world that admires the flashy-ness of tech companies.

For a long time, WeWork reported high profitability and steady growth. The value of WeWork stood at $US47 billion in January 2019.

The failed IPO and ensuing financial scrutiny revealed otherwise. The real problem with WeWork was that it was valued 10x higher than its’ profitable rival, Regus. That valuation was based on hype and excitement over the fin-tech company by investors who believed it to be more akin to AirBNB and other real estate platforms, and not Regus.

Extensive analysis by Soft Bank has now placed the value of WeWork at below 5 billion USD. Also, the report in August revealed that the company’s CEO Adam Neumann had invested its financial resources on vanity projects, which was alarming.

Currently, the company is struggling financially. From this valuation, it is evident that the company’s financial reports and profitability index were imaginary and floating on quicksand.

In a word, the fall of WeWork was a result of poor corporate leadership, overvaluation, and misguided classification.

WeWork was overvalued. It continued featuring and reporting high profitability despite reality. The bubble finally burst in August 2019, and WeWork went from being one of the most highly-valued start-ups of all time to being worth a fraction of its initial value in record time.

Bloomberg reports that the company could run out of cash by December 2019, and this could see the end of the famed “we generation” and one of the fastest-growing start-ups in recent times.

business analysiscoworking spaceProptechVirtual Office
Tell us if you liked this content. 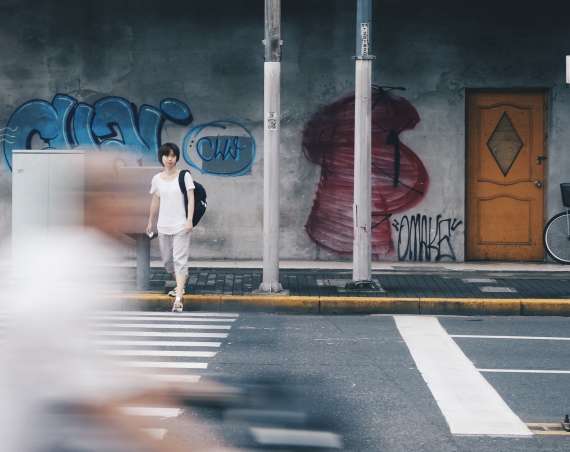 Luke Martinez is the owner of the Melbourne based property business, BMA and brings a range of experience on the digital marketing and business aspect of Real Estate.