Attendees of July’s Inman Connect conference were given the inside scoop on innovations that will carry the industry deeper into the digital age.
4 minute read

With a host of thought-provoking perspectives from both speakers and suppliers, attendees of July’s Inman Connect conference in Las Vegas were given the inside scoop on innovations that will carry the industry deeper into the digital age.

But while the forward-focus provided a powerful theme and an exciting glimpse into the future, it came with a firm message from founder Brad Inman that certain aspects of the current buying and selling process require attention – and it is required now.

Cutting straight to the heart of the matter in an impassioned keynote discussion, Inman confronted the elephant in the room, saying.

“Let‘s collectively agree – the process of selling a home is shitty. What we do to consumers is intolerable.”

Highlighting inefficiencies and pain-points frequently encountered by people buying and selling property, he described a process that, in his words, “needs to change”.

Putting himself in the shoes of the vendor, he continue.

“I’ve got to list with uncertainty, I don’t know what price I’m going to get, I’m asked to sign an exclusive deal with an agency, I’m just told there’s a broker, I have to have multiple open house events with strangers walking into my home, I’m told the yard has to be cleaned my beautiful art removed and some Ikea furniture brought in from a young Stager… and then it just goes on and on and on”.

While stern in his assessment of sales practices, he also identified that broken systems can be addressed with commitment, effort and industry professionals “taking a leadership role”.

Using America as the example, he identified an upswinging trend in lawsuits against agents and their firms as a result of complex and, in some instances, convoluted selling practices. To counter this, he encouraged attendees – especially those operating in increasingly litigious foreign markets like Australia – to focus on addressing the consumer journey issue before the courts become involved.

Taking the initiative will be imperative if the selling and buying experience is to be easier, more efficient and less traumatic for consumers. Giving the audience a strong call to action, he told the crowd “you have to do it before they (the courts) do it to you”.

Despite his warnings about the current health of an industry facing considerable challenges, Inman was positive with what he forecasts for the future.

The key message, echoed by the overwhelming majority of speakers and suppliers, was that change will be consumer-driven and tech-focused.

“Buying and selling a house will be easier because… an industry that used to manage consumers is now going to be managed by consumers, and that’s good. It will demand transparency”.

Carried with this was the point that stronger and more efficient processes enabled by the emergence of real estate technology will mean more transactions that are approved and processed in a much faster and easier way for all concerned.

This will result in increased consumer confidence and satisfaction, and will also revive the role that is fundamentally at the heart of the job of selling real estate – that is.

“To advise, negotiate and help the consumer out of obstacles”.

The glaring take away from the discussion and the conference was that, for better or worse, consumer expectations have changed and continue to evolve. In an on-demand world where it is easy to access what you want, to ask questions and to receive swift answers, the real estate industry must keep up with the changing pace of other industries otherwise it will face the disrupting forces similar to companies like Uber, Amazon, Netflix and Airbnb.

Ultimately what Inman was communicating was that the market is demanding a considerable mindset shift so that the needs of the consumer are placed ahead of the desire to keep the status quo and its outdated practices around buying and selling real estate, and it is technology that will underpin and support this change.

Or, as Mr Inman puts it,

“You might not be the Captain of the boat anymore, but no one will get on and off the boat safely without your help”.

brad inmaninman 2019inman connectProptechreal estate tech
Tell us if you liked this content. 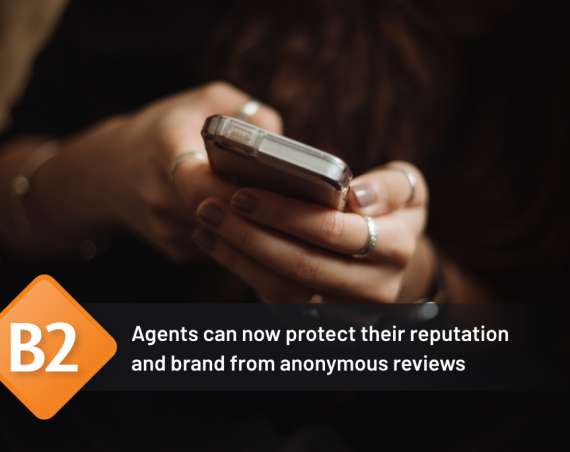 Agents can now protect their digital brand from anonymous reviews